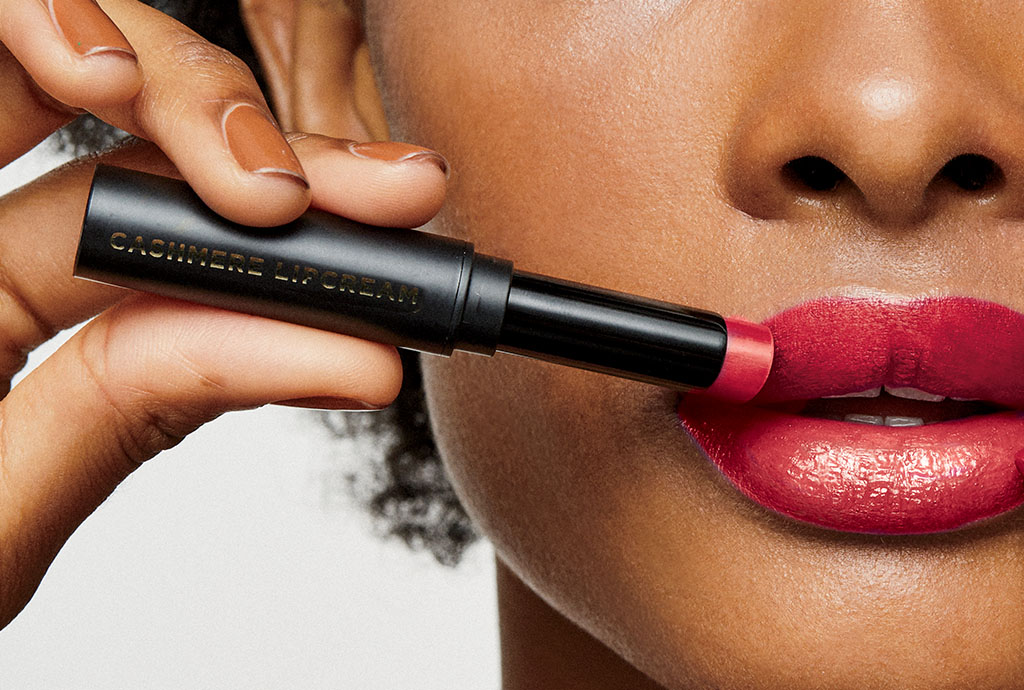 In case you haven’t heard, it’s Avon’s 135th Anniversary! As we celebrate this special milestone, we honor our history as a pioneer of direct selling and champion of empowering women through economic opportunity. We also look back at important, iconic moments that helped define who we are today—a company for women creating innovative beauty products and supporting causes that celebrate women’s power to make beautiful and positive impact in the world. Read on for the best beauty story ever told.

1886 In September 1886, David H. McConnell (who initially sold books as a door-to-door salesman in     NY) decided to sell perfume instead of books.

1886 McConnell hired then-50-year-old Mrs. P.F.E. Albee, who was the first woman to sell Avon door to door. She is considered the first “Avon Lady” or the first Avon Representative, as we known them today.

1886 The first product sold was a perfume, Rose Extract from the “California Perfume Company.”

1892 McConnell’s ‘new’ business was started in Manhattan, located on 126 Chambers Street, and it was named the “California Perfume Company.”

1919 "Avon's First Lipstick” began selling in 1919. Although product development started years prior, Avon began selling its first lipstick in a metal container in 1919. The original offering came in only two shades—light and dark—and the product was often applied in the fashionable “Cupid’s Bow” style of the times, intended to emphasize the two peaks of the upper lips.

1928 The company first started calling itself Avon in 1928 (after the birthplace of McConnell’s favorite playwright, William Shakespeare). Fun fact: in using the name Avon, they launched it with a limited number of new products.

1929 The Avon name and logo debuted on a cosmetics line.

1932 In the company’s trademark application (June 3, 1932), the description of goods/services was recorded as “perfumes, toilet waters, powder, rouge compacts, lipsticks and other toiletry products.”

1933 While the country was in the throes of the Great Depression, Avon expanded its offering with the introduction of several skin care products—namely its Hand Cream—in 1933. The ultra-moisturizing lotion has been softening women’s hands ever since.

1942 During WWII, Avon converted more than half of the Suffern Lab in order to manufacture items for the War efforts from 1942-1945.

1946 Avon began offering its stock for sale to the public.

1947 Avon’s Sun Lotion with Insect Repellent was a must-have for those balmy beach days and poolside days. Providing protection against ultraviolet rays while simultaneously warding off pesky bugs and mosquitoes made this a winning combo that beach bums and sun lovers alike could bask in.

1948 Claudette Colbert was one of several actresses to appear in Avon advertisements.

1948 Avon began to enter the market in 10 new countries, the 26-year spurt introducing 450 products and annual sales growth of more than $1 billion.

1950 Avon began manufacturing all over the country, one of the main facilities being Morton Grove in Illinois.

1950 Avon has one of the fastest assembly lipstick lines, comprised of both men and women, that produces more than 250 lipsticks in one minute and often 300,000 lipsticks in a single day.

1955 Avon became one of the original Fortune 500 companies.

1955 The Avon Foundation was created in 1955 as a private foundation. The first grant was a $400 scholarship.

1960’s Topaze and other men’s scents were packaged in decanters, available in fun shapes such as cars, birds, guitars, and boats. These designs for men became popular over the years as gift and are sought-after items for vintage Avon collectors today.

1961 Skin So Soft, which remains Avon’s most iconic collection today, made its first appearance.

1964 Avon went public and was listed on the stock exchange.

1978 Avon launched an "Operation Smile" campaign to get Avon lipstick on as many lips as possible for just 35 cents, selling over 20 million lipsticks.

1979 Avon becomes the largest distributor of costume jewelry in the world.

1985 Avon developed a stabilized pure form of Vitamin A (AKA retinol) and launched “BioAdvance,” which was the first product to use stabilized retinol.

1985 Avon focused on health care for the elderly with acquisitions of the Retirement Inns of America and Mediplex Group, nursing home operations. (They were later sold in 1989 and 1990).

1987 Avon was the first to use vitamin C as a key anti-aging ingredient with a Collagen Booster that contained a 5% concentration of stabilized vitamin C. (If not stabilized, vitamin C turns brown).

1990 Avon and the Avon Foundation began working with celebrities such as Elizabeth Taylor and Sophia Loren, then continued to work with Reese Witherspoon, Patrick Dempsey, Eva Longoria, Fergie, Lucy Hale, Salma Hayek and Bon Jovi, among others.

1991 The "Four Ways to Be Beautiful" campaign launched with four ways to order Avon products: phone, fax, brochure or through a Rep. at 1-800-Call-Avon.

1992 In 1992, Avon introduced our iconic Anew line, becoming the first beauty brand to use Alpha Hydroxy Acid (AHA) in a product.

1992 As a direct selling company, Avon contributed over $800 million to the American Cancer Society in 1992.

1992 Anew was born: launched with the Anew Perfecting Complex for Face - Avon being at the forefront of AHA. With this product, we became the first beauty brand to mass-market anti-aging technology with Alpha Hydroxy Acid (AHA).  Avon's pioneering use of AHA became an industry standard and ignited a skin care revolution.

1993 Elizabeth Taylor collaborated with Avon for a glittery and glamorous jewelry collection.

1993 Avon advertising campaigns: Avon was a forerunner in endorsing the concept that beauty is more than skin deep, starting in 1993 when we introduced a "Women are Beautiful" theme.

1993 The "Women are Beautiful" theme examined the lives and relations of women.

1995 Diane von Furstenberg designed a collection of casualwear for Avon called "The Color Authority." "The Idea is to create a small wardrobe of great items, that are very adaptable," von Furstenberg told Women's Wear Daily.

1996 Avon is the world's first beauty company to launch an e-commerce website, www.avon.com.

1996 Avon Barbie Dolls were the biggest product launch with the Winter Velvet Barbie Doll - Avon +   partnership with Mattel, selling $40 million worth of dolls.

1998 Avon opens its first store, "Avon Salon & Spa," in the Trump Tower Hotel on 5th Ave and 57th Street, and it quickly becomes a a bustling hub of activity.

2000 The "Let's Talk" Campaign launched in 2000, with Venus and Serena Williams as spokespeople

2001 Representatives sold Avon at kiosks at their local malls, which gave them another selling channel in addition to the traditional door-to-door method.

2001 Avon transitions into the wellness category with the tagline "Beauty Starts from Within."

2002 Avon expands attention to the Latina market with a dedicated Brochure, "Eres Tu," which helped launch up to 40 languages of brochure.

2003 Unlike other direct sellers, Avon publishes a 150-plus-page brochure every two weeks in the U.S. market, an astonishing frequency that effectively lets the company alter its offerings twice a month.

2005 Avon was the second largest publisher in the U.S. after TV Guide.

2005 Avon training for Representatives improves as we begin offering a training course and giving them the opportunity to sell through the JCPenney Color Cosmetics line "Becoming."

2005 Avon is named the second-largest publisher in the U.S. after TV Guide. Worldwide, Avon produces around 800 million brochures a year.

2009 Even during harsh economic times, women were still looking to invest in dermatologist treatments. Recognizing that women were looking to get results while saving money, we introduced the first-ever injectable-grade hyaluronic acid treatment: ANEW Clinical Derma-Full X3 Facial Filling Serum. This serum provided the same visible plumping and filling benefits of a hyaluronic acid treatment, without the pain and at a fraction of the price. Another beauty industry first!

2010 Avon purchases another direct selling company, Silpada (but the company’s founders later buy it back.)

2013 Avon marketing makes the center of the script in an episode titled "A Tale of Two Cities" of the award-winning drama series, Mad Men.

2020 Cushion Technology is pioneered by our parent company, LGH&H.

2020 The Digital Catalog debuts–with features to customize and personalize for customers.

2020 New partnership with Gyrl Wonder, an organization that provides career resources and advice for young women of color.

2020 Avon's Virtual Repfest is executed virtually for the first time, with over 9,000 attendees.

2021 Avon launches fmg Cashmere Essence Lipcream, the first lipstick in the U.S. with a with an anti-aging core containing Bio-Retinol.

2021 The beauty in giving back: Avon donated 17 million pounds of products to Feed the Children, empowering millions of families and helping 4.4 million women and girls.

2021 Avon was featured as the Final Jeopardy question.

2021 Skin So Soft celebrates its 60th Anniversary and expands into CVS retail stores.

2021 We partnered with Feed the Children and donated a unit for every unit purchased.